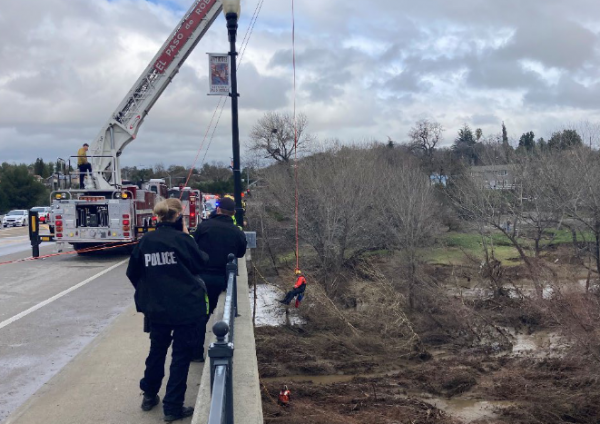 Man rescued from the Salinas River in Paso Robles

Paso Robles emergency personnel rescued a man trapped on an island in the middle of the Salinas River on Friday.

After realizing he was trapped, the man called for help. Emergency personnel arrived to find the man standing on an island near the 13th Street Bridge.

The man told rescuers he was exhausted and needed help.

After evaluating their options, Paso Robles firefighters used an aerial ladder to conduct a high-angle rope rescue. Firefighters successfully brought the man onto the bridge.