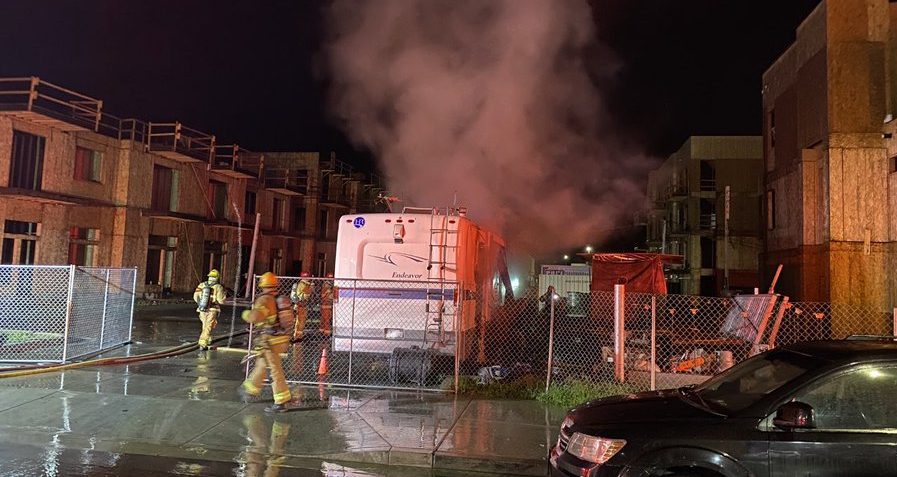 Shortly after midnight, a caller reported an RV engulfed in flames at a construction site in the 3500 block of Skyway Drive. At the time the fire started, three adults were inside the RV, according to the Santa Barbara County Fire Department.

Responders transported the three victims to Marian Regional Medical Center, where they were treated for minor injuries.

Santa Barbara County and Santa Maria firefighters arrived at the scene and knocked down the blaze 20 minutes after the 911 call. As a result of the quick response, the fire did not spread to the apartment complex under construction.