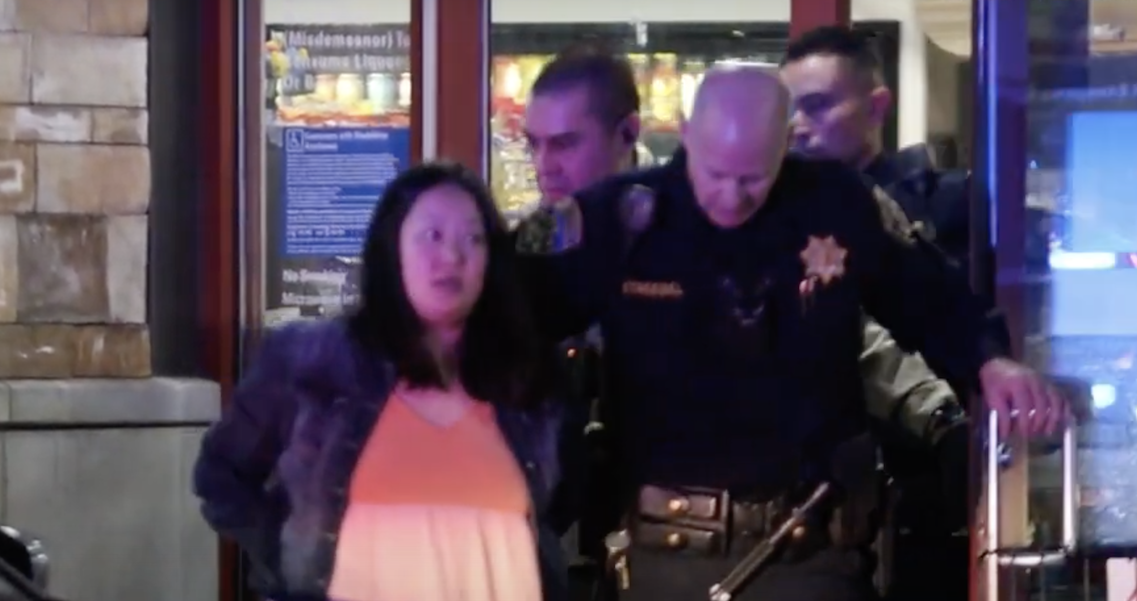 A woman led officers on a chase from Santa Maria to Arroyo Grande Tuesday night, culminating with her arrest at a Chevron station.

Shortly before 11 p.m., the woman headed northbound on Highway 101 with several officers in pursuit, according to scanner traffic. The woman did not pull over, and continued northbound from Santa Barbara County into San Luis Obispo County.

After exiting the highway in Arroyo Grande, the woman drove to the Chevron in the 200 block of Grand Avenue, video footage shows. Numerous officers converged on the Chevron station, and a standoff appeared to ensue.

Officers went inside the gas station convenience store and arrested the woman. They walked her outside in handcuffs passed her damaged silver Lexus sedan before placing her in A SLO County Sheriff’s Office vehicle.