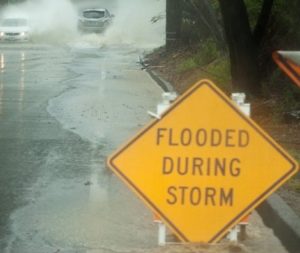 This month’s storms that wreaked havoc on California, especially the Central Coast, do not appear to have been caused by global warming, climate scientists say. [LA Times]

Scientists are still studying the size and severity of the recent storms. But, initial assessments suggest the destructive nature of the storms had more to do with California’s historic drought-to-deluge cycles, mountainous topography and aging flood infrastructure than with greenhouse gas emissions.

“Assuming that these storms were driven by global warming would be like assuming an athlete who breaks a record was on steroids,” said Alexander Gershunov, a climate scientist at the Scripps Institution of Oceanography.

The series of atmospheric rivers that pummeled California this month seems akin to other major storms that struck the state at least once a decade since researchers began keeping records in the 1800s.

Southern California experienced the “Great flood of 1938,” which killed more than 100 people and left thousands homeless. Other intense storms occurred in 1964, 1969, 1982, 1995 and 2005. In 2017, a series of atmospheric rivers eroded the main and emergency spillways at Oroville Dam, forcing thousands of residents to evacuate.