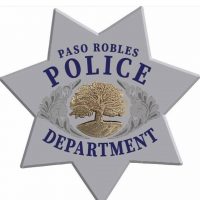 Paso Robles police officers on Monday arrested a woman whom they allegedly caught selling drugs out of a home with a child inside it.

During a probation search of a home in the 1200 block of Stoney Creek Road, officers found a large amount of narcotics, including 25 grams of fentanyl and 26 grams of methamphetamine, according to the Paso Robles Police Department.

Officers arrested 45-year-old Samantha Davidson and booked her in SLO County Jail on felony charges of sale of illegal drugs and child endangerment. Davidson remains in custody with her bail set at $100,000.